Rahma Worldwide, the best charity for Syria, ensures that families in need are prepared to make it through the frigid temperatures with donors like you.

A conflict that started on March 15, 2011, has now surpassed seven years of violence and fear across Syria, and beyond its borders. As the best charity for Syria, we wanted to help all those people who lacked a proper ecosystem. At least half of those affected are children–more than 50% of Syrian children no longer attend school. For many of them, this war has been all they’ve ever known. Therefore, our team makes all the efforts to secure the life of these children strewn across the country. We are regarded as the best charity for orphans since we have changed the lives of many children by giving them the necessary education and most of all, a peaceful and sustainable living environment.

According to UNHCR and OCHA, there are more than 5 million registered Syrian refugees, and 13.5+ million people inside Syria in need of humanitarian aid. The United Nations has declared the Syrian conflict “the worst of the 21st century.

• 11.7 million people in need of some form of humanitarian aid and protection.
• 6.2 million people are internally displaced.
• More than 2 million boys and girls are out of school.
• 83 percent of Syrians live below the poverty line.
• Started Work In Syria: 2014
• People Assisted: Nearly 1.2 Million In 2021

#RahmaWorldwide takes it upon itself to provide basic needs and materials, down to the simplest items, to those who need them. Rahma’s team distributed baskets containing kitchenware and supplies to families that are located in camps in the suburbs of #Idlib such as Hizano and Killilli.

With our nonprofit located in Michigan, we were able to render the best charity for Syria. Our team organized the ‘A bite of dignity’ campaign where we delivered 35,000 bread pieces to the people. We also had arranged the Stay Home 2 campaign that provided all the basic non-food items. Our team is very committed to providing exceptional humanitarian services. This has earned us the reputation of being the best charity for Gaza, Syria, Lebanon, and Yemen. Contribute now to raising the living standards of Syrians. 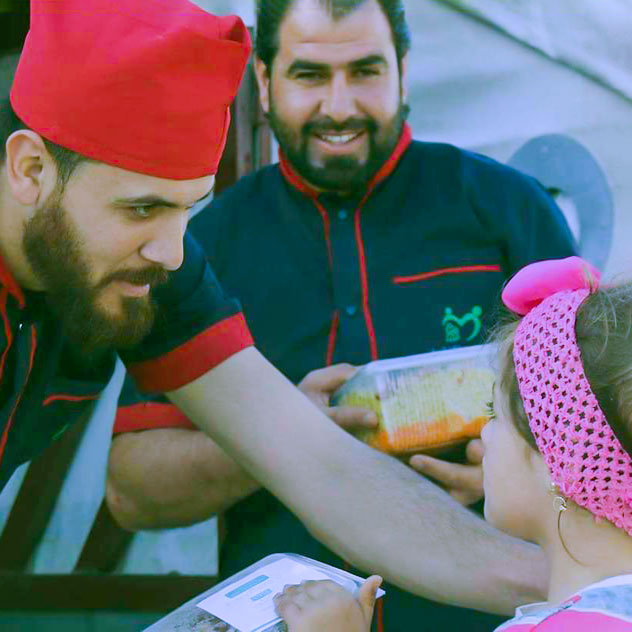